This is for fellow desk top astronomers, that look to their laptop to research the heavens above.  Many people don’t have an awareness beyond next weeks X-Factor but there are those that contemplate the Universe – why leave astronomy to the astronomers when you could learn so much about the bigger picture yourself?

Put the kettle on and put an hour aside to learn about the infinite Universe and a ≈ 26000 year cycle.

Below you will find some basics on how the calendar works and scroll to the bottom for a fun video that may (or may not) be the greatest Science Fiction story told!  You will have to forgive the American humour and sound effects to get through it, as he explores the 2012 Prophecies.
Your soul will be drawn to the animation at 19m15s in the Youtube Video. Don’t miss it as it will expand and spin your mind…
And all this is happening on Winter Solstice 2012, which ‘coincidentally’ is also in time for Christmas and Jesus’ birthday (I won’t go further into this as it will only upset the hard-core KJV literal believers)

21st December 2012 is a unique event during the Winter Solstice, irrespective of date and it is a Universal phenomena, such as days, years, nature and life itself!

The Apocalypse is coming… definition: a revelation of something hidden.
And after Revelation comes Genesis again.

Come the day after 21st December 2012, at least some things will be clearer (and another end of the world averted.) I bet Bruce Willis won’t even break into a sweat (one for Armageddon fans there!)

The clock says it’s time to be aware of what’s going on around you and wake up!

December 21, 2012: Some predict the end of the world, some predict the beginning of a new era. The basis for these claims is based on the Ancient Mayan calendar.

The last day of the Mayan calendar corresponds to December 21, 2012. On this date, the Mayans are predicting the end of an era. The Mayans believe they were living in the 3rd era and on this date, the 4th era will begin. What does this mean to us? The beginning of a new golden age? Or does it mean the end of the world and life starts all over.

Nobody can really know what will happen. Some predictions indicate that on this date, the world will end and a new world will begin. Others interpret the ‘end of an era’ as the coming of a new golden age, world peace, end of world hunger, elimination of poverty or a cure for a common illness.

It is impossible to prepare for something we do not know. I would suggest being with a group of friends or loved one, counting down to this fateful day, and hoping for the best. Chances are, nothing will happen, but if it IS the coming of a new golden age, I would suggest everyone to savour and take in every second of this momentus event. If it is the end of the world, well, what can you do, at least you’re with the ones you love. 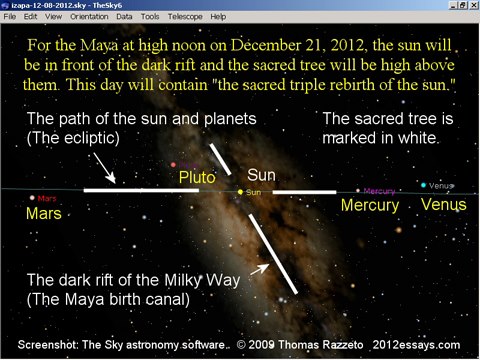 How the Mayan clock works: 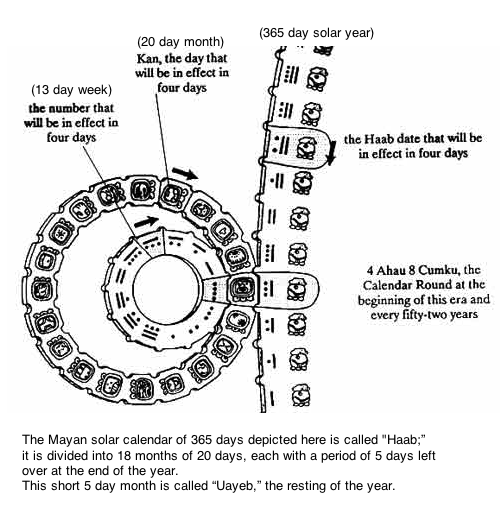