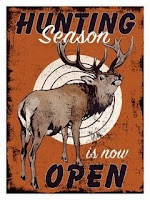 What do you do when banks, government and dishonest people are busy trying to bend you over and screw you in the ass? Take a stand and say NO!

Then see what happens when the hunters become the hunted as I think it’s time to declare that Fair Hunting season is now Open!

It has been an interesting year so far. I’ve had challenges with tyrannical banks (as they are technically bankrupt!) their Nazi solicitors who don’t stand for justice or what is right, only doing as the ‘system’ says – and Receivers claiming to represent individuals on false pretenses and with a lack of loyalty to the person they owe the care and duty.

Let’s not forget the two ex-tenants with outstanding rent; when asked to confirm how much they had paid and to settle the difference, they decided to make a spurious counter-claim instead. Why provide the info and claim fault when you can lie and see how much you can make – blame those where there’s blame (sic), there’s a claim ads and lawyers. The crazy thing is that the individuals in question are the prime suspects in a criminal investigation for vandalism, upset with the Court Summons they smashed a window where they thought my office was – the CCTV and new cameras came in handy eventually. There is such a thing as justice, no matter how or when it is delivered.

Then to finish off, a property that had been turned into a drug den that was then trashed by the police as well and is now being cleaned up (I’ve never seen guys that happy as they cleared rubbish, must be something in the spring air). So at least someone has been happy this month.

If you’re prepared to say or do anything then be prepared to stand by it – as your future depends on your reputation and the world is getting smaller (and some of you reading will be getting worried if I’m talking about you!)  You don’t mess with someone with nothing to lose, so what’s your loss/gain risk ratio?

With Banks not being sympathetic to customers or wanting to help, whilst milking every penny that they can. Having received the taxpayers money from the government they want even more back from the people as well – how many times over do they want us to pay money on fake debts?  Whilst those in Government are fighting over who gets to take and spend more of our money in the future (maybe we should give the Liberal Democrats a try, as they don’t have a track record in screwing citizens and people over, yet!)

Who stands a chance to win against fictional corporations, legal systems and liars? Well the honest souls who do what is right and tell the truth of course. After all, words are powerful and the truth rings true, as opposed to the hollow sound that a fraudulent story makes. Bring it on… 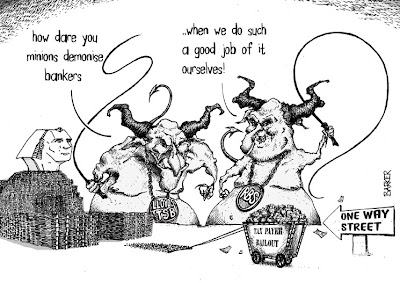