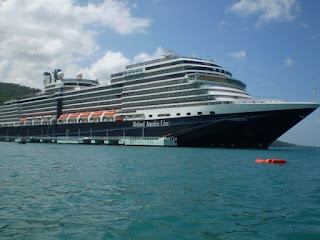 Have you ever found yourself going somewhere for one thing and coming back with something completely different yet so much better?

The cruise was brilliant. The cabin was plush with a balcony and the restaurants and free food on board was tasty and bountiful. I was taking time off being vegetarian and tee-total, just for the week! The staff and crew were awesome. The Holland America, Eurodam was like a 5 star hotel on water. 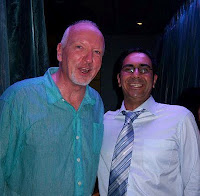 There were seminars every day for those people that wanted to attend, with speakers such as Bob Proctor, Paul Martinelli, Vic Johnson, Mark Victor Hansen, Peggy McColl and Rev. Michael Beckwith to name a few. I was just there to hang out and unwind after a testing year. I deserved a holiday and was going to have one. Also met Stefanie who was from Quebec and she really was on holiday and only attended one talk. Now that’s what I’m talking about…holiday!!!

The atmosphere on the ship was electric. There were around 1800 people from all round the world. Four of us had flown into Miami and Anita had flown into Orlando with another 10 people. The London (UK) crew were strong and we just ran into more and more, like Trudy, Mitul and Dimple and we also adopted a few Americans as well (they needed looking after!) including Joe, Stacey and April. Some of the other fab people were Debi, Tobie, Lito, Willard, Ron, Cathy, Becky, Carol (mom) and the list could go on…

Sometimes it may seem that meetings are just chance, when they are really serendipitous.

One night we’d booked tables, for dinner, for 20 people and ended up with over 30!! 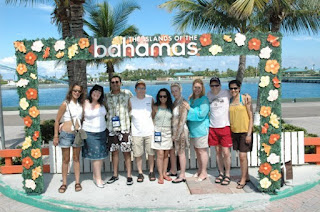 We stopped off to go Bananas in the Bahamas with everyone and Michelle, Dimple, Alex and myself ended up on the beach.

When we stopped in Jamaica I went to the beach again with Joe, Cassandra and Maria. When Alex, Anita and Nicky showed up, Joe and myself decided to Jam in Jamaica with some Wray and Nephew. It was stronger than we though but it was all good. We laughed our way back to the ship to set sail. 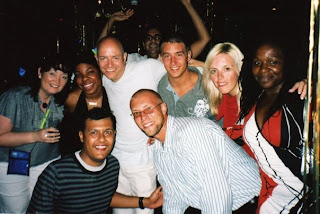 Being at sea and a night owl, the only place to go was the local dance club on board, the Northern Lights. Every night, till close most nights, it was the place to be. One girl came and politely asked if she could dance with me, I was a little stunned and hastily replied, ‘sure, as long as you don’t fight with the other girls’. At the time, to me, it sounded really funny and people that knew me would have thought the same. She didn’t and turned and walked away, hmmm… really need to work on my communicating with women skills and bottling that humour when necessary. We literally rocked that ship all night, every night and people joked about the harem of women around all the time. What can I say, people that know how to have fun, party and enjoy life know where it’s happening! Lito asked me “Everyone knows your true self comes out at 3am on a cruise ship! Share.” So I shared, “Your true self is always there! The more fun you’re having and being surrounded by wonderful people, the more you will shine… 3am is just incidental! Dancing like a chicken and not caring what others think also helps ;-)”

Maybe I’ll do a 3am motivational seminar on the next cruise in The Northern Lights. 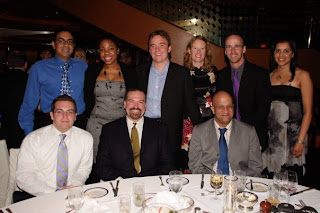 I really enjoyed the meal times and socialising. It was great sitting with and meeting new people from all around the world and backgrounds. One night we’d stayed up till 4am then couldn’t sleep. So after getting my foot back from April (you had to be there to understand), Anita, Stacey and myself went on deck for late night/early morning talks. Waking up in time to go to breakfast and Mary Morrisey’s talk. Then I had breakfast again with some other friends and back to bed! I actually slept whilst people visited the Cayman Islands, but I can’t have missed anything as I wasn’t there. 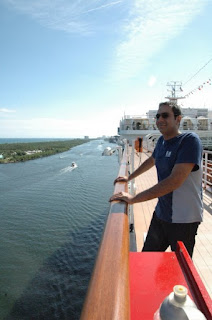 Nika had ‘picked’ fellow passengers for breakfast that really did have strong opposing view points. We had fun with it and carried on with our day instead of feeling challenged. The following day we found ourselves attracting and sat with more gracious and friendly people, that ‘picked’ us, of one which was Scott who gave us some gratitude coins that he has designed and is producing.

Funnily enough the only souvenir I bought was a wristband in Jamaica, that I forgot on the ship. Even immigration asked if I’d bought anything when I disembarked to which I replied ‘no, but I ate a lot!’

So thank you Scott for that physical reminder of a wonderful time and fantastic memories with some awesome people and new found friends!

So much happened that writing about it all on here would only do it an injustice… see you on the next cruise! 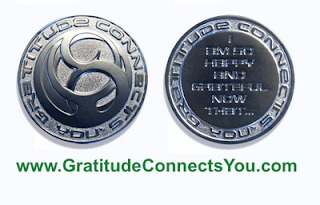 One thought on “Bob Proctor Cruise”