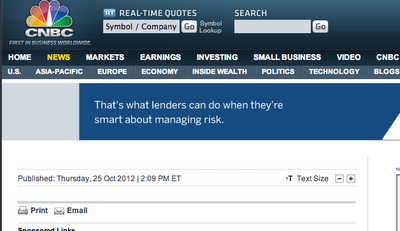 Iceland dealt with it’s banking and financial problems and the economy is recovering.  The Irish are taking mass action against the banks. Even the US have started civil lawsuits against racketeering and Money Laundering now – but they’re trying to keep it quiet.

Do you watch/read the news? Do you believe it isn’t censored…?
In that case you will have heard one of the big CNBC related news stories.

Not the one about the Vice President of CNBC Digital having his children murdered, which is the daily fodder of stories that media like to feed people that enjoy this kind of curious behaviour. Even though it was horrific and not deserving of anyone, especially young children: http://www.dailymail.co.uk/news/article-2223972/Krim-murder-Brave-year-old-girl-tried-fight-killer-nanny.html

But the other BIG story I’m referring to is about the $43 trillion dollar lawsuit that CNBC had published earlier that same day.  It was a Press Release that they had run on their website, I know it was there as I had a glance last week and saved the link to read later. CNBC Published the article on Thursday and it had disappeared within 48 hours! Now who says news isn’t censored!?

This is the link where the article WAS:
http://www.cnbc.com/id/49555671/Major_Banks_Governmental_Officials_and_Their_Comrade_Capitalists_Targets_of_Spire_Law_Group_LLP_s_Racketeering_and_Money_Laundering_Lawsuit_Seeking_Return_of_43_Trillion_to_the_United_States_Treasury

A copy of the deleted article/press release is available here to read:
http://www.scribd.com/doc/111797302

And other people that notice the anomaly and discussing the coincidence:
http://wtfrly.com/2012/10/27/cnbc-curiously-removes-article-on-43-trillion-financial-fraud-lawsuit-after-executives-kids-murdered-in-new-york-nanny-case/

I’m not saying there is a link but don’t you think it curious that it happened!?

Elsewhere in the World….

Do what Iceland did and kick out the corrupt Government plebs and fraudulent bankers!
http://www.metro.co.uk/news/902371-what-can-greece-learn-from-icelands-recovery-after-banking-collapse

The Irish have also started their cases

Bankers in America know their time has come with the latest lawsuit and it looks like it will be the UK’s biggest next, with Lloyds TSB management and their Halifax Bank of Scotland partners next.

Do you think your Bank has defrauded you?

Well, with so much overwhelming evidence (or lack of defence offered), moral and financial bankruptcy, government bailouts, whilst they take money from ‘Dear Doris’ – the answer is yes and you can find out easily by asking them a few simple questions.

Of course if you’re happy with them defrauding you, then carry on as normal. After all is Ignorance is Bliss!

If you want to know for sure then you can send them a letter requesting a certified copy of your supposed contracts and proof of Bank funds, to confirm your suspicions.

Your only obligation to yourself is to send the letter, see what answers you get back – then follow up with legal action (if you can afford) or at least publish the information online if there is something untoward or shady about any misdirection and refusal to provide answers or documents that you have a right to!

Yes that’s right – Banks refuse to send documents either because they don’t have them or because they believe they can get away with it. Is it time you showed them that people aren’t going to take any more fraud and lies?

Isn’t it time you took a stand too?

Leave a comment below and I’ll send you a copy of the letter to find out if you have been taken for a ride. 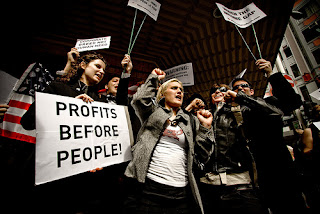 If it’s possible to make money out of gullible or unsuspecting customers, that’s perfectly acceptable.  The Banks pay huge bonuses because they know they can get away with being bailed out to the downside by the Government and taxpayer.  They are not ‘too big to fail’ but think they are ‘too important to fail’ – where in reality, with the billion pound bail-outs we’re about to find out that they will ultimately be ‘too big to save’.

Of course Banks put profits before customers, how else does a business make decisions, especially when you are part-nationalised and insured against any risks?

The delusional Chief executive of the British Bankers’ Association Angela Knight says “the industry had reformed radically” – which bank is she talking about in particular that would lead her to think this was true? The Banks believe they can fall back on the taxpayer because it has been proven to be so.

Nick Clegg says he’s angry about the Banking industry and it’s actions – well do something about it then!!! Otherwise scenes like those seen in London a week ago are likely to repeat themselves again and again…

“Just weeks after Chancellor George Osborne signed Project Merlin the Bank of England governor Mervyn King has questioned why banks are trying to maximise short-term profit at the expense of customers.

In a Daily Telegraph interview Mr King attacked the banking bonus system warning that failure to reform the sector could result in another financial crisis.

Mr King said that, over the past two decades, too many people in financial services had thought “if it’s possible to make money out of gullible or unsuspecting customers, that’s perfectly acceptable”.

He said: “Why do banks in general want to pay bonuses? It’s because they live in a ‘too big to fail’ world in which the state will bail them out on the downside.”

The Project Merlin deal previously struck with the banks agreed that in return for the bank’s lending more money and showing restraint on bonuses, the UK Government would not take any further action on pay and profits.

“We’ve not yet solved the ‘too big to fail’ or, as I prefer to call it, the ‘too important to fail’ problem. The concept of being too important to fail should have no place in a market economy. There is too much weight put on the importance and value of takeovers and it doesn’t make sense to destroy a company with a sound reputation in the hunt for short-term profits.”

Mr King also drew a contrast between manufacturing companies, who largely care about their workforces, customers and products, and the banks. “There’s a different attitude towards customers. Small and medium firms really notice this: they miss the people they know.”

Chief executive of the British Bankers’ Association Angela Knight said “Some in the industry had got it badly wrong during the financial crisis but since then the industry had reformed radically. We entirely agree that no bank should believe it can fall back on the taxpayer. I sincerely hope Mr King is as committed as we are to forming a good relationship when the Bank of England takes over regulation”.

Banking chiefs said they “respected” Mr King but disagreed with his comments..

The Con-Dem Deputy Prime Minister Nick Clegg told delegates at the Scottish Liberal Democrat spring conference in Perth:”I agree with Mervyn King, the job of making our banks safe and responsible is not yet complete, I understand why people are angry when they hear about the super-sized salaries and bumper bonuses awarded to top bankers. I am too”.

Read the full article by Mike Clarke at: www.mypropertypowerteam.co.uk 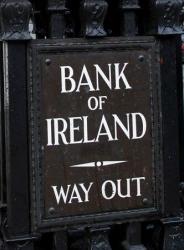 “It is a slow day in a damp little Irish town. The rain is beating down and the streets are deserted. Times are tough, everybody is in debt, and everybody lives on credit.

No one produced anything. No one earned anything. However, the whole town is now out of debt and looking to the future with a lot more optimism…

and that, Ladies and Gentlemen, is how the bailout package works.”