LHA rents will now be capped lower for new tenants. Landlord groups have always campaigned against the draconian rules of local councils, making it difficult for landlords to collect rent from their tenants, even if the tenant chooses to have it that way as well.
When DSS to LHA changes originally came in, I was at a Council Landlord meeting and everyone was against the changes, whilst the LHA ‘speakers’ were there only to TELL people what they will be getting from the Government. Feedback? Well you can say what you want but the Govt / Council isn’t listening.
For example, if a tenant tells (lies to) the landlord saying they are waiting for the council to pay them, whilst spending the money that they have received. Should the landlord ask to speak to someone at the council, they are told they can’t because of privacy issues.  If the tenant fails to pay or leaves without paying, the council tells the landlord that it is between them and the tenant and they can’t help.  An easy way for the council to simply get out of having to deal with landlord requests, hence lowering their council costs, as time is money.  Surprised? Don’t expect the council to provide you any service, it works well for them.
Now, yet another failed scheme for Government and a poor fix to what is a simple problem – pay landlords directly the market rents for properties that they rent to LHA tenants, otherwise house them yourself!

At least some bright sparks in Government are getting paid well to come up with such absurd initiatives.
Even Dirty Rotten Scoundrels Steve Martin and Michael Caine had higher morals!  Thank you Cameron and Clegg! Who’s looking after the people if it’s not the Government’s job to treat everyone fairly?

Unfortunately it becomes more difficult for landlords to rent their properties privately at a fair price if the house is in a ‘deprived’ area.  So not only have house values come down due to the recent credit crunch, they are about to get lower as those that look at yield will now pay less for properties that now rent for less.

What would happen if Landlords told the council that they would only pay business rates and council tax to them if they reduced their payments?  Oh that’s right, enFORCEment to make them pay!  Now let’s not go there… 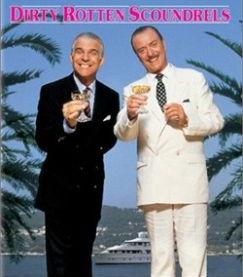 ‘Del Boy’ wheeling and dealing over benefit tenants – Tuesday 5th April 2011
“Councils will be able to protect private landlords who have tenants on housing benefit from the government’s new regime for two years, it has been announced.

It means that councils will be able to make direct payments of local housing allowance (LHA) to landlords in exchange for them agreeing to lower their rents, for this period.
After that, LHA will automatically be paid direct to the tenants.

It described it as a move that would see council staff having to wheel and deal with local landlords to reduce their rent in return for the comfort of getting paid direct.

Ian Fletcher, director policy at the British Property Federation, said: “This is ‘Del Boy’ benefit policy – seeking to trade a landlord’s right to be paid with the Government’s desire to reduce its expenditure.

“If this was really about protecting tenants, why limit it at two years, and not give an ongoing commitment to direct payment up until housing benefit is absorbed into Universal Credit?

“Landlords should expect to get paid for the housing they provide. That shouldn’t be contingent on lowering rents, or having to wait eight weeks under the current system.

“The Government would not dare treat other small businesses in such a way, but seems to think it is acceptable to allow people to rack up huge debts and treat landlords so badly.” “