To be at the National Achievers Congress 2011 in London Excel was a great experience and a privilege. Not having been to many events/seminars in the last few months, this was one that I did not want to miss.  With such World Class speakers and entrepreneurs in one place, it was the MUST attend event of the year!  With such ‘Gurus’ in Peak Performance to Billionaires and the Best of the Best entrepreneurs and wealth creators.

I was surprised to see that many of the London regulars (internet marketers, personal development, property investor crowd and seminar junkies) were not there. Were they busy that weekend? Did they not want to pay and see value in the tickets? Were they jaded by multi-speaker events?  I think it is likely to have been a combination of all of the above.

All I can say is that they missed out.  To be able to see/hear Tony Robbins, Alan Sugar, Kerwin Rae and Richard Branson live and in person is priceless, especially all on the same weekend.  IF you weren’t there, then I know you’ll be regretting it now too, so I’ve got a gift for you.  Would you like to see Richard Branson Live in 2012?  Then read on….

Well done to the SR Team, Richard Tan and Veronica on pulling off another fantastic event.  With around 8000 people in attendance, it requires some serious organisation and management.  Of course Dinesh and Mala Shah are always a good choice for Crew Managers and know how to work with a team. This has set the bar for future events for themselves and other promoters in future. Where do you go from here? 10,000+ people next year but which speakers…

@SRseminars did have a Twitter contest with the hashtag #NAC2011 but failed to use or utilise the opportunity fully themselves. They should give me a call next year to make sure they do!!

The pros of the tweeting was that it got the message out and people got to share their thoughts on the event with others attending and friends that weren’t present.  The cons (for the organisers) was the comments about ‘sales pitches’, ‘no women speakers’, ‘hard sell’ etc…  but it is good to get some balance so it worked for twitter followers to see these comments too.  You can’t censor the internet (yet!)

There was good use of QR codes over the weekend for you to get even more involved with the event and go online for videos and information.

It was mentioned that there were NO women speakers.  It’s not like there aren’t any, as there were some in attendance.  SR should have considered this and tried to balance the energy but we’ll never know what the reason were.  Next time they will need to invite at least a couple as it was commented on Twitter that “this is the 21st Century!”

Also, My friend Harriett won an iPad for just being there! Approximately 10 were given away during the weekend so it was worth it for that alone.
With 8000 tickets, about half of the people will have entered = 10/4000 or 1/400 chance of winning.  Better than the odds of the lottery or staying at home doing nothing!

Tony Robbins was on first thing and over ran by an hour but the content was amazing and it was like a mini UPW (Unleash The Power Within).  I had a sore throat by lunchtime due to just participating and shouting at him – if you’ve been to a Tony Seminar you’ll know what I mean.

The energy of the weekend was much more than your average seminar – and many of the speakers knew it, referring to Energy being the main thing that is essential  being successful!

It was interesting to note that many of the speakers were not fans of The Government or Banks, hinting at the fact but not outright saying it.  Make a difference to the world yourself and raise money through smart thinking!

Here are my quick one line reviews of the speakers I heard – I wasn’t in the room for all the presentations as I’d either heard them before, wasn’t interested in the topic or was having fun catching up with friends 🙂

The big message about money and achievement was about having the right energy and blueprint – not just the system to go out and earn it.  The invisible (quantum soup) creates the visible results in your life, master that and everything else is easy.

Back to Sir Richard Branson.  Well wow, what can I say?

He was interviewed by Michael Burke and shared the story and achievements of how he took his companies from strength to strength.  Richard truly is a brilliant individual and as he speaks you can tell how humble he really is.

To be in the same room as him was Amazing. The opening we had with Tony Robbins was huge, the love and admiration for Richard Branson was just as Big if not BIGGER!

It’s not that he is more capable than you or I – and it’s not like he’s super human and doesn’t have challenges and fear. The difference is that he just keeps going because he knows his mission in life.
This mission is not for other’s to intellectually understand and I believe it is outside the realms of thought, at the moment, for most people (Virgin Galactic to give average people trips into Space!?)

His aura filled the room easily as he spoke to us.  He shared how you have to look after your team and work together, how he grew his company and had challenges with his Airline.  The difference between Richard and many other business people is that Richard speaks from the heart and knows that this is where it all starts, not in the head as most intellectuals would want to believe.  His company Virgin has been built on doing things better and providing the best possible ‘service’ to people, money is the by-product!

But the Amazing thing is that he is so REAL, genuine and you know that he cares.  Then again I would value his attributes as they are in alignment with mine.  The difference with Richard is that he just keeps having fun, growing and playing a bigger game.

When the crowd applauded him, you could see the emotion on his face – knowing in his soul that he is just doing what needs to be done.

As my friend Mindy Gibbins-Klein told me earlier that day – you don’t tell people you’re a thought leader but just go out and do it.  This was so true when I saw Richard Branson and realised that he isn’t busy telling people how great he is – he simply lets his actions do the talking and prove to the World what can be achieved.

When asked to finish with a single piece of advice for everyone present, he told us his secret:
“Screw it! Just get on and DO IT!”

Would you like to see Sir Richard Branson Live in London in 2012?
Download the NAC Notes by clicking below and enter your details on the page and you’ll be sent information on how you can see Richard Branson for free and maybe even meet him. Sharing the love! 😉

Download my NAC seminar notes here AND get the opportunity to see Richard Branson Live: www.2012Interviews.com 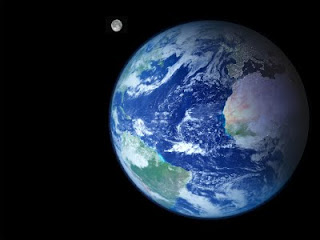 Who are my top speakers?

I get asked this a lot so decided to do a Top 10, which turned into 11.
(Then I remembered a couple more)

So here’s the list… ranked by ENERGY and Emotion.

Note: These are speakers that I’ve heard live and/or met in person – and so must YOU!
There are many other wonderful souls out there and books that are also life changing.
You don’t have to be on a list, a speaker or an author to be inspiration and make a difference!

I want to be able to add David Icke to this list within the next 12 months.

“Man’s mind, once stretched by a new idea, never regains its original dimensions.” -Oliver Wendell Holmes
“Once you feel the energy, you know what is true!” – Bobby Gill 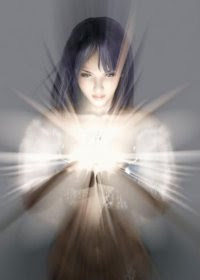 Yes, I do know some female speakers and that there aren’t any women on this top list – but I can assure you that all of these guys have mothers they love and that loved them – and partners that have supported them and helped them to shine. So they are not missing from the big picture.

This was supposed to be a list of my Top 11 Inspirational speakers but why hold back when you can find and give so much more? 🙂