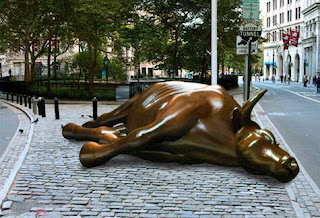 No bull! There’s a double dip coming unless the Banks lend the Governement a few trillion more!

My thoughts on the Economy, now that I have a moment to sit down and flow… here are my answers to some of the questions that people are asking.

Below is a bunch of things I wanted to share. If I’m not specific on anything feel free to ask and leave a comment.

1. Current economy
The Depression, yes that’s what it is economically regardless of the lies the politicians tell you and stats made up by economists, is affecting the majority of people right now.

Almost every year the Government spends more than it raises in tax! It ‘borrows’ this money from the ‘Bank of England’ (so much for it being a Government owned body!)
Someone has to pay this back eventually and that means you! Find out about the UK National Debt.

2. Money is being devalued as more is printed, taxes will go up to cover the money being spent and given to the Banks.  Quantitative Easing: “Instead of lowering Bank Rate to increase the amount of money in the economy, the Bank supplies extra money directly. This does not involve printing more banknotes. Instead the Bank pays for these assets by creating money electronically”

You need to be smart in how and where you invest your money right now. Gold has always been a viable option and the demand will always be there for it if you need to sell. Currently Gold has been trading at around £860 / $1380 per ounce and you can always easily get 90% of it’s value from a jeweler or gold dealer.
Can you afford Not to invest in Gold?

3. It is also wise to keep some liquid cash on hand, for when you need it. 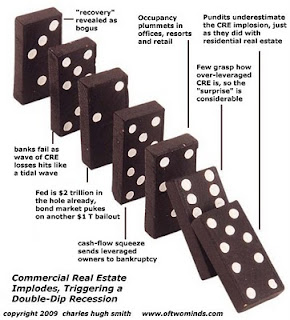 I believe the worst is not yet over. This is the breathing space before the real storm. As people lost their jobs and homes, more mortgage resets are coming, increasing interest rates and fewer jobs. This has worked it’s way through the residential property markets at the moment and the next one to be hit is the Commercial property (real estate) markets.
Don’t think it will happen? Walk around your local town centre shops. How many ‘To Let’ signs do you see? More charity shops and pound shops than high street brands? Pubs and bars closing or changing hands more often?
Empty shops and cheap stores being the only ones in business are clear signs of the recession/depression.

Do you see more Cash Convertor stores and places offering to buy your gold in exchange for their cash? Do they know something you don’t…

Only another World War could get everyone working again and making money… hmmm… any invasions on the agenda at the moment Mr. Obama?

I hope I’m wrong… but what what if this is how it happens?

I discussed many of these things with my friend Gerry P. and unfortunately the winds and tornadoes started before I actually implemented and acted on any of the facts.

Make sure you’re not left behind by being forewarned. Get educated!

The Banks and Governments monitor traffic on the internet now to spy on people, I have know of them doing it with BMV property investors and checking their profiles before processing applications.
As TRUST is the Bankers’ issue, maybe they want to look in the mirror too!?

The world is waking up and the ‘Federal Reserve’ is now a household name, instead of a ‘perceived’ Government body – in reality it is a privately owned bank that masquerades as a Government body. People are against the War and attacks in foreign countries in the name of ‘Oil’.
Enough of living in a Police state with everything being filmed and silly little ‘civil laws’ being invented so they can legally steal your money.

Have America not convinced enough people to support them in attacking Iran yet, to prevent Nuclear arms development? Hmmm… remember the WMD-Weapons of Mass Destruction in Iraq? Neither do the dead US soldiers and citizens of the country or their families and relatives. But it made a lot of US dollars and gave them control.

The fiat currencies are going to go pop and they need wars to keep their pockets lined and economies going. Read up on Buckminster Fuller’s honest writings: Grunch of Giants and Critical Path.

The Amero (have you heard about it?) is as real as the European Union and I won’t even start on the One World Government with the US President (and his puppeteers) in charge.

Remember this is a game being played by Governments, Banks and Corporation liars (lawyers) – to support their hidden agendas. I’m not sharing anything new – just repeating it so that you may hear the truth THIS TIME!

And if you don’t want to believe it then that’s cool too… just remember the choices you made when you’re waiting for your pension to arrive.

Educate yourselves now! Learn the truth…

I don’t know all the answers but I do know the difference between RIGHT and wrong.
Interestingly HONEST is a Powerful (positive) pattern -v- Legal which is a weak (negative) pattern.
Where would you rather be vibrating? (Source: Power Vs. Force by David R Hawkins)


Despite the doom and gloom – this is a great opportunity for change!

Take stock and learn from your mistakes.  Accept the feedback.
Let the stresses and challenges be your friend and make you stronger.
Make plans and do things better this time.

The information is already out there and you just need to want to look for it. It requires change from YOU and people to come together and say enough is enough to this slavery.
We are all free people but forgot along the way… Freedom is More Than Just a Seven Letter Word

Now is a time that people will remember what really is of value, taking them away from greed and materialism and forcing them to appreciate the other things in life.

Remember: don’t be a victim! You’re going to have to let go of the old attachments first.
Then get back in charge, take control and be responsible for the life you live!
When would NOW be a good time to do that?

I wish you a happy life filled with fun, friends, family and laughter 🙂

P.S. Double Dips are for caring and sharing together! 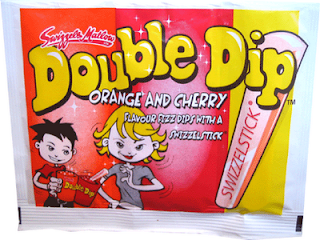