Are councils breaching data protection act and not giving you access to YOUR information? Here’s an article I received from Paul Allison at StudentHousing.co.uk about a private database of HMO (House of Multiple Occupancy) landlords.

“Local councils are rating HMO landlords and sharing the information on a secret database, according to information disclosed on a government web site.

The database classes a landlord as good, bad or average and is one of the factors considered when making a decision whether a landlord or a manager is a fit and proper person for running an HMO.

The database is managed by a London council but councils from all over England are accessing the information and adding their own landlord intelligence.

The details are revealed in a Communities and Local Government Department document called Evaluation of the Impact of HMO Licensing and Selective Licensing that is free to download from the CLG web site.

The document was published in January 2010.

The identity of the council running the database is not disclosed.

The information in the document was collected by researchers to support changes in April to HMO licensing and planning rules.

One of the problems the database resolves for councils is that many landlords own several HMO properties in different council areas and officers have no way of checking with other councils whether landlords have contravened fit and proper person rules.

“Many landlords may have properties in locations across England, this database is now being populated by some authorities from outside of London, and the extension of such a database could provide some assistance to local authority officers assessing the fit and proper status of landlords and managing agents,” says the report.

To grant an HMO licence, councils run a background check on the proposed licence holder to check out if they have:

* Convictions relating to violence, drugs , sexual offences, or fraud.
* Breached housing, landlord, tenant or unlawful discrimination laws
* Contravened any HMO code of practice as the owner or manager of any other HMO

Few details about information on the database are known, but the concerns are data protection rules about sharing personal information may not be maintained and how councils rate landlords may be based on inaccurate information that no one can check.

For instance, individuals have a right of reply to contentious details placed on their credit records.” 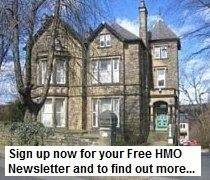 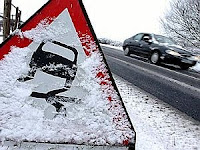 The council’s running out of grit and it’s not the first time. The 2009 grit supplies issue from the Local Government website would be lessons to learn from wouldn’t they?  Here is the 2010 briefing on what is happening.

As long as your council tax money is going to cover wages and meetings but NOT towards rubbish collections and icy roads, at least you know it’s being well spent.

Did you know it might be possible not to have to pay Council Tax? Yes it’s true, if you want to look into it go to www.nocounciltax.com

West Berkshire council confirmed that it had received an emergency delivery of salt from neighbouring Hampshire hours before it ran out. But it still only had supplies for two or three days. Harrow council, in north London, said it could run out by the end of the week if severe weather continued.

Durham County Council has halted gritting of minor roads because of “uncertainty” over salt supplies.

“It is important that everyone understands we are managing very difficult ongoing winter conditions with restricted supplies.”

GRIT supplies in Kirklees could run out today, as more bad weather is forecast for the rest of the week.

Many councils in Scotland have said they are running low on salt and grit, which has prevented them from treating the icy roads in the longest winter freeze for two decades.