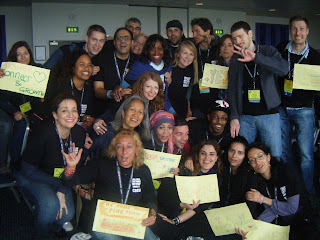 What a super event with some wonderful and ‘attractive’ people. I didn’t get a chance to talk to everyone properly and have been resting and catching up all week. Hence these few words now that I wanted to share with you.

This is mainly for the friends I crewed with. I’ve done a couple of other blog posts about Tony Robbins UPW Unleash the Power Within, which you can find here: http://bobby-gill.blogspot.co.uk/search/label/UPW

You can also find the Unleash The Power Within Music List here: http://bit.ly/UPWmusiclist

It was pretty disorganised in the run up to the event but the experienced crew knew that we would pull it off, as always has been the case. The best organised UPW event I’ve been to was in Italy, led by Hi-Performance. The organisers made time to communicate, help and thank the crew for the efforts they put in – and the fact it was in Italy was also a bonus, as you could go on holiday too!

The London 2012 Event was great. It had been 4 years since Tony Robbins had been in London, when the atmosphere was electric. The event wasn’t as busy this time, as it was in 2008 but those that know the value of UPW were there. There were many there for the first time, lots who had come back and most had come on recommendations from friends and family. 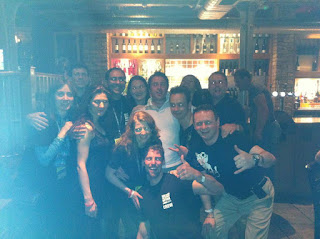 There were a lot of new Crew at the event and many had travelled from half way around the world, including Europe, America, Fiji, Israel, Malaysia, Australia. They had overcome challenges to arrange travel, flights and accommodation – and they supported each other in making it happen. The main reason we were all there is that we believe in what Anthony Robbins teaches and shares. The crew know it can change everyone’s life for the better, as long as they are prepared to show up and make a decision to do things differently. There is no excuse for anyone from the UK not to make it to UPW when such crew members set such a high standard for themselves.

Crew manager Loren Slocum and Toni Brodelle made sure there was direction and that we were supported in making sure the magic behind the scenes happened to make the event flow smoothly. They are both great female role models for how women leaders should be. Everything ran like clockwork, even if timings changed, and I’m sure the participants had a fantastic experience.

A few of my highlights were:
Being on call and of service to organisers, crew and attendees.
Helping attendees register and find their way around on the first day.
Welcoming people into the room with a peak state.
The laughs, the fun and the connection!
The Young persons Youth Leadership Team – you really have to run through their tunnel of love next time you see them!
Gary King sharing his simple happiness formula and Self-Worth.
Being trusted to do a dinner run for Joseph McClendon III
Meeting the brilliant crew members and new friends from this year – and meeting those again from Rimini 2011 and London 2008.
High fiving Tony Robbins and being able to thank Sage as well.
Getting to know fellow crew members and inducting them into Bobby’s A-Team 😉
Sharing and spreading the LOVE in the crew room and main hall.
Sharing fun and personal moments with people at this event to find out what is alive in them.
Drinks on the last night with crew, leadership and random friends!
The reminder to do the 10 day challenge along with everyone else (the ‘naughty’ food is starting to talk to me) 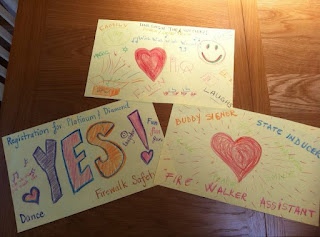 As crew we are fortunate enough to have talks and session with speakers, other than Tony who is in the main room. The best being Gary King who share the formula for happiness. Which is simply Forgiveness (for self and others), Honesty, Truth (with self and others) and having self worth. If you ever get the chance to see or meet Gary King, I highly recommend it as he resonates so much with the way I choose to live. Find out how ‘attractive’ you are! Here is his website: http://www.thepoweroftruth.com/

There were some wonderful shares in the crew room and I felt blessed to have been part of those magical moments. When two people that can’t travel to each others countries, can meet and hug each other at UPW is amazing and will bring a heartfelt sigh and tear to anyone’s eye. When one person is so blessed that he is recognised for making a difference to others, is nominated as Crew Member of the event and also wins a Leadership scholarship.  It was so difficult to nominate one person for crew member, so I’m sending them personal messages this weekend instead.

At the end we all got to go on stage with Tony and I got to give the big man another high five!
After doing a full weekend and being on stage for hours, giving his all to the audience, Tony still makes time to come and talk to the crew afterwards and thank them – even if it is after 1am in the morning. He appreciates how dedicated they are in helping make the event happen, to contribution and caring for the attendees. He walks his talk and is the genuine and authentic person that you see on stage. Along with the amazing support of Sage, they both touch lives wherever they go.

Is it a coincidence that the summer sun came out as the event drew to a close? ☼
(Maybe we can thank Dr. John Demartini as well for visiting London the same weekend!)

❤ ☆ I just wanted to let you know what I love, honour and respect about you all, is that you are amazing people that move the world! After being to UPW, everyone feels energised and more alive. It is then up to us to continue the Momentum. Stay connected with those that you met, follow up on what you said you would do – and Step Up! Live your life on your terms. You’re all part of my crew: (The-future-begins) and I hope to see you again soon.
If you’re in say ‘Aye’ and I’ll see you on the other side!

“To be a person you’re not, is to waste the person you are!” – Loren Slocum

Want to attend the next Tony Robbins UPW (Unleash The Power Within) in London, email: upw@networkbillionaire.com , with your name and number, to get the best deals on tickets.

Now repeat after me…
Now, I am The Voice
I will Lead, not follow
I will Believe, not doubt
I will Create, not destroy
I am a Force for Good
I am a Leader
DEFY THE ODDS
SET A NEW STANDARD
STEP UP! STEP UP! STEP UP! 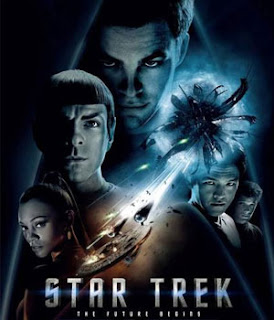 When I went to watch this film I didn’t know what to expect. After hearing all the hype I thought it might be a let down and I wasn’t really a big fan of the series ie. a serious Trekkie as opposed to a casual viewer.

I was pleasantly surprised that the film was much better than I thought, hence I’m writing about it now. A little like a soap opera in space but a lot more entertaining. There’s something in there for everyone, dealing with choices, family, love, responsibility, death… whoever watches it will connect with one of the characters. There could have been more female’s in it (for the ladies and not just for me…lol…) but it doesn’t detract from the film that will have you on the edge of your seat till the end.

The twist I really liked (not a spoiler) was about the time travel. How this film goes back to the beginning of the life of the starship Enterprise and her crew. They are just a bunch of young cadets not knowing their purpose in life and just training to join Starfleet Academy. It’s about how the team of James T. Kirk, Spock, Bones, Uhura, Scott, Sulu and Chekov, come together and meet for the first time.

Unlike us, the viewers, who know about some of the many adventures they have taken together in TV series, films, books, comics over the last 40 years in our real world (airing since 1965 and 10 previous movies to date) – the characters in the film are unaware of what the future may hold. When you watch these cadet’s graduate and know they will go on to have amazing journeys and do great things together it almost gives you goose pimples, that we know how important each one of them is in the grand scheme of things in the Star Trek universe.

This is an entertaining film and you should go see it whilst it’s still on at the cinema. Whatever it is you expect from it, you will leave with something completely different like I did. 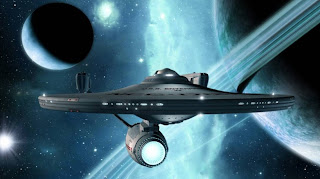 “Space: the final frontier. These are the voyages of the starship Enterprise. Her ongoing mission: to explore strange new worlds, to seek out new life-forms and new civilizations; to boldly go where no one has gone before.”

Your life is the final frontier – to boldly go where you have not gone before and seek out people that will be important on your journey. To be able to look back and say “Yes, that was my mission and the crew on my Enterprise were the best; who I am grateful for having in my life and on my team.”

Take a moment right now to think about those people in your life, right now, who are a part of your journey and going to make history with you. They are already here… It might seem like just an idea right now, but when you look back from the future that you’ve created, they are the friends that matter and these are the days that count.

This is where all great things start and relationships are forged. Some people you may have met yesterday – the others today, someone may turn up tomorrow. You will find them at the strangest of places or in everyday scenarios – like at barbecues, in the bar, sleeping on your couch or at the same event. They stand out from the crowd and you can’t explain why. They are the ones who provide the energy and words you need to take the next step.

You will know who will be with you on your journey, as destiny will make sure they keep turning up until you invite them aboard your starship or get aboard theirs. They might join your journey or just give directions on which way to go and how to make it happen. Stay aware as they are already here to help you.

As a Captain, the right Enterprise is being built right now. The Commanders, Officers and crew are being attracted to take off with the right ship – yours. Dare you be great and part of the Federation? Ready to enlist in the Academy and serve when your crew, team, family and friends need you? See you in the future… Live Long and Prosper.

“You will always be a child of two worlds, and fully capable of deciding your own destiny. The question you face is: which path will you choose?”