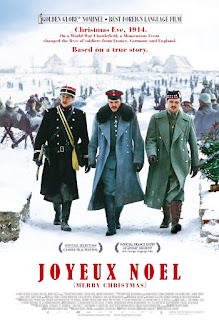 On Christmas Eve in 1914 during the bloody World War I, the Germans, French, and Scottish soldiers on the front-line called an informal and unauthorised truce.  With the other men, who they tried to kill every day because they were ordered and told to shoot at them.
They peacefully met each other in No Man’s Land to share a moment to get to know the men who lived on the opposite side, even though they were aware that their superiors would not tolerate it, they did what they felt was right and acceptable.

It became a true lesson of humanity, a real and heartfelt message of brotherhood and goodwill to ALL mankind, that may have been forgotten by many.

Remember your fellow man today and every day as you go about your life and business and know that they are no different to you, with the same hopes and fears for a better life.  Put down your weapons, do what is right and all will be well.