Great article showing the link between social media, relationships and how you can get (and stay) more connected with your loved one!

“This year on Valentine’s Day, people are taking full advantage of all that social media has to offer to build on their special relationships.

People use social networks to connect with people with whom they have existing relationships. In the process, they also form new relationships. Social networks allow you to share media and to customize your look and feel online. People can form online groups that consist of people who all share common interests. Special occasions, such as Valentine’s Day, create a whirlwind of activity on social networks. People are looking for the perfect gift for that special person or for themselves.

Searching online for Valentine’s Day ideas produces a huge volume of new articles, social networking suggestions, commercial offerings, and live twitter feeds. Before social media was available, the standard flowers and chocolates were gratefully accepted. Now, social media is ensuring that everyone tries to get more creative and exciting gifts to show how much they care. In today’s difficult economy, people are trying to be generous without hurting themselves financially.

Here are some fun gifts and gift ideas for your sweetheart using social media:

Of course, Valentine’s Day gifts are not the only things that are dominating the social media world. Ideas for celebrating Valentine’s Day cards, dates, surprises, proposals and other inventive ways to light a fire in a relationship or add something different and sweet to a friendship are all around us. In addition to gifts and ideas on how to celebrate, people are making plans to do something special within their budget.

Many popular sites, including Amazon and Oprah, have released lists of affordable gift ideas. Most websites offer a filter where items can be sorted by price. If you don’t want to guess what your sweetheart would like, Amazon also offers a wish list option where people can choose what they want, which avoids the recipient being disappointed as well as the giver not having to stress over whether he or she has bought the perfect gift.

With social media continuing to be a networking and economic giant, nobody will be left with a bad Valentine’s Day gift this year. Whether you love or hate the holiday, there is something that will please everyone. You should definitely take advantage of social media this Valentine’s Day, whether the result is a feeling of softness and sentimentality or amusement. In any case, a whole world full of possible gift ideas is open to you.” 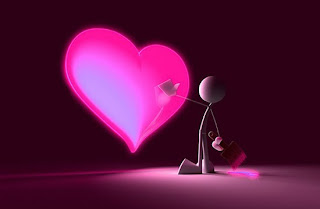 I was asked to write an article for the YES newsletter on networking, then Andrea suggested a Valentine’s edition would be better suited to love. Oh yes, a topic I’m an expert on!?! So I thought I’d write about the kinds of people that we all know, who are close to us and you might even recognise a little bit of yourself.

I also had a film review for Slumdog Millionaire published in the Coaches Community Newsletter last month as well.

Who are the kinds of people that we all like to know and meet, who are closest to us and single? Are they like you?

There are so many brilliant people in the personal development world and I’m sure it would be easy enough to just hook them all up. Networking and meeting other singles can’t be an issue, as you’re already out of your house and talking to people. Most of you don’t even need an excuse to high five or hug someone!

Now I know most of you don’t go to networking events to specifically meet your partner, more likely to get away from the one at home… just kidding. If you aren’t getting out often enough, come on over to the next YES group or crash a birthday party, a hobby of mine now!

What are the date’s that most singles dread, due to peer pressure and society of course. Would it be Christmas and New Year? Birthday’s? Or Valentines Day!? Some of the ladies I know shudder at the thought of being single over that period. Will their coupled up friends ask what plans they have, with the reply being another ‘too busy for a relationship’ excuse!

Many people I know in the personal development world have moved on from their ‘old’ lives and friends and now prefer the company of a new peer group on their level of understanding. They’ve discovered themselves and are looking for someone to complement them. Yes it’s good to be comfortable in your own skin and around yourself, so why not be yourself around other people as well and maybe that special somebody. Or are you waiting for that perfect person to walk into your life? They might already be there under your nose and you’ve not taken the time to get to know them. Saying you’ve altered your old paradigms is not the same as taking action and proving it.

Are you one of those people that can’t move on from a relationship that is clearly over, where you feel the need to be in a relationship because you think you can’t survive alone? Or someone who gets so close and then sabotages it on purpose because they’re scared of commitment? Not wanting to get too involved, as you’ve only ever know how to live by yourself?
Have these attitudes been serving you or is it time for a change now.

It’s easy to get into a comfort zone as we all know, life is on the edge and on the other side of that zone. Even if you stretch it just a little, you’ll have more options open to you.

Do you hope the stars are going to offer you a break or are you going to have to make it happen? If you’ve been waiting a while for the universe to deliver, when are you going to accept the opportunities already present.

Have you heard the story of the person in a boat, lost in the ocean. They pray for God to rescue them. Soon a rescue plane comes but the person waves them off and says ‘It’s okay God will save me.’ Then comes a boat and a helicopter but they all get the same response. When they die and get to heaven, the person cries out to God, ‘Why didn’t you save me?’ God says, ‘Didn’t you see the plane, boat and helicopter I sent?’
What more do you want, it is up to you to say YES! God helps those that helps themselves.

Maybe you are wondering what other people will say or think. You want to act cool in front of your friends and seek approval. Whilst you’re over in their head space, who is in yours? Does it really matter what someone else’s opinion of you might be, constantly trying to please others. Wouldn’t it be better to live your life the best way that you want!

You’ll know whether someone might be the right person by the way that you feel about them when you meet or talk. Instead of waiting till later or next time, seize the once in a lifetime opportunity to say hi and exchange numbers if you hit it off. There may be other people you could meet in the future, but you have to remember you live in the now. And this now is never to be repeated, do you really want to miss out? They could step out the door and meet someone else, where is your later then!

When someone meets another person in their life, they have a chance to say something and a choice to make, whether this is going to be a moment that you might learn from (and live happily ever after for those that like fairy tales) or potentially regret months or years from now. People will keep turning up in your life, you will get ‘better’ offers BUT you won’t get that same offer again, it is up to you to decide what you do.

As time moves on, you see a potential partner happy with someone else now. They might be happily married, with kids and it is too late to turn back the clock. They may have grown to be the person that you could now possibly get along with, not having given them a chance before.

These are the choices you made and it could have been decisions in the past that are showing up again in the present. Maybe they’re just showing up as a reminder to you, to change your ways.

Are you going to make the same choices again, to have the same results show up in your future or are you going to take a risk and give that someone, who’s momentarily turned up in your life now, a chance… Instead of replaying your old programs and beliefs, how about playing ‘what if’ – “what if this could be a moment to move my life forward in the direction I want.” “What if this person is the right one for me.” Find out. Do you want to look back at your life with regrets and wonder about those decisions that could have been the ‘what if’ – I didn’t think so.

Stop making excuses or looking for the worst case scenario (I’ll just get my heart broken again crap) and step out and take control of your life. Organise to meet up for a coffee, agree to go on a date, do something crazy and fun, no matter where it might lead. You might just become good friends or end up going somewhere you’ve never even been before!
And you’re not really giving that somebody a chance to be happy with you; the person that you’re really giving a chance to be happy is yourself!

Don’t be just a footnote in someone’s story, be a whole chapter; even better still, write your own!
The future is still unwritten, get writing your story now, the way that you want it to be…

Remember “Life’s for sharing” – who is that special someone you are going to share it with? 🙂

This Valentines Day I was at another Personal development seminar with great people at Play To Win .