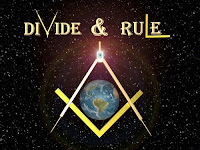 What if everyone’s differences are the same…  What if everybody just wants to be allowed to live in security, peace and happiness…  Why do people choose to immediately believe the ‘labels’ given by mind controllers (media, government, leaders) to help fulfil their own agendas!?  Is one life worth more than another and what price do they then put on yours?

Below is an article from David Icke that explains in simple terms what an ‘extremist’ is and why it is easier for rulers to conquer people when they are divided.  Stirring up hatred is not the answer but real education of what truly goes on!

Understand that people are defending their beliefs, sold to them by their leaders, whilst attacking others – be it at home or abroad.  If it’s not your home it is still someone else’s because once you remove the imagined borders it is one spaceship Earth that we co-exist upon. Is it really worth fighting and dying for someone else’s agenda to control their sectors and that of others?

More to the point, what is the content of your Character? Do you have extremist beliefs or are you open-minded, conscious and looking for a better solution?

Plug into the alternative media for a broader picture of the whole truth, so you are really aware of what is going on.

Love and peace to all – and a greater consciousness too.

Will you excuse me a moment? I’ll be back shortly …

Okay, we’re off. I just required some temporary relief from the monumental frustration that comes from watching complete idiots act like complete idiots while being played on a stringed instrument by other complete idiots. It is quite a sight, but not recommended too often in the interests of emotional health.

So let it out, breathe deeply and we can bring some calm and basic intelligence to the madness that confronts us.

To the white supremacists (if that’s the master race we are in deep shit) and to the fanatics on the extreme end of Islam (thugs and crazies exploiting Islam for their own ends) I have a few simple words. Maybe even they will be able to activate and bring forth sufficient brain power to understand them and their implications:

In case they are still struggling I will helpfully provide some simple definitions in the context that they are being used:

Divide – ‘To cause to separate into opposing factions; disunite’;

Rule – ‘Exercise ultimate power or authority over (an area and its people)’.

For the few to rule the many the many have to be caused ‘to separate into opposing factions; disunite’. I could leave it there, really, because anyone with a modicum of neuron activity can see from these simple concepts why the Control System works so hard and constantly to divide the target population along the fracture lines of race, religion and so much else.

The irony of ironies is that they are all the same mind wearing a different uniform and proclaiming a different cause – although domination for race and religion is the common theme even in that.

If a white supremacist was born a Muslim he would be an extreme Muslim fanatic. It is not the cause that matters; it is the consciousness – or lack of it.

As Martin Luther King said: ‘I have a dream that my four little children will one day live in a nation where they will not be judged by the colour of their skin, but by the content of their character.’