Lessons in trading monkeys, goats, stocks and property. Bear with me on this one and I’ll help you figure out where you should be putting your money if any where at all. In just a couple of simple lessons, you could be out of the jungle and have escaped being put in the zoo. I wonder how many animals it took to put this post together?

Lesson 1: A guide to trading monkeys 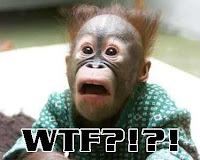 “Once upon a time a man appeared in a village and announced to the villagers that he would buy monkeys for $10 each.

The villagers, seeing that there were many monkeys around, went out to the forest and started catching them.

The man bought thousands at $10 and, as supply started to diminish, thevillagers stopped their effort. He next announced that he would now buy monkeys at $20 each. This renewed the efforts of the villagers and they started catching monkeys again.

Soon the supply diminished even further and people started going back to their farms. The offer increased to $25 each and the supply of monkeys became so scarce it was an effort to even find a monkey, let alone catch it! 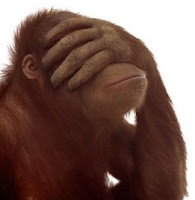 The man now announced that he would buy monkeys at $50 each! However, since he had to go to the city on some business, his assistant would buy on his behalf. In the absence of the man, the assistant told the villagers: “Look at all these monkeys in the big cage that the man has already collected. I will sell them to you at $35 and when the man returns from the city, you can sell them to him for $50 each.”

The villagers rounded up all their savings and bought all the monkeys for 700 billion dollars.

They never saw the man or his assistant again, only lots and lots of monkeys!

Now you have a better understanding of how the stock market and the BAILOUT PLAN WILL WORK !!!!”

It doesn’t get much clearer than this……………. Banana anyone?

OK… Rewind and lets go again from another perspective:

“Here’s a story that will help you figure out the difference: One day a man appeared in a village and said that he would pay a thousand rupees for each monkey that the villagers could supply. The villagers caught all the monkeys in the neighbourhood and sold them to him. Soon a second man appeared and offered two thousand for each monkey. Since all monkeys were with the first man, the villagers had no choice but to try and return his money and take the monkeys back from him. However, the man refused. The villagers hiked up the price to Rs 1500 and then to Rs 1900 but he still refused. The villagers were at first puzzled by this refusal of the first man to make profits but they figured that there must be more buyers who were on the way to the village to offer higher and higher prices. So they hiked up the offer and bought back the monkeys for Rs 3,000. The two men then went away and the villagers then started waiting for more buyers. They waited and they waited but no one ever came.

Nearby, there was another village where exactly the same story happened, in the same way, except that the animals in question were goats.

Here too, the villagers waited and waited but no one ever came to buy their goats at a higher price. However, there was a big difference. In the first village, everyone soon realised that the monkeys were a nuisance. They shouted and shrieked, stole food and bit people and were worse than useless.

In the second village, the goat-owners were better off. The goats could be milked every day and the milk was good and healthy. When the goats eventually grew too old to be milked, the villagers could kill them for mutton.

Even though goats and monkeys had both been extremely overpriced, the goats turned out to be not such a bad deal. However, the monkeys were a complete disaster. The monkey-owners had to eventually abandon the animals in the jungle and try and forget about their losses.

And that’s the difference between having bought overpriced goats and overpriced monkeys. Just like the stock markets. If you are going to be a fool and pay absurd prices because you think that a greater fool will appear in the future, make sure you buy a goat and not a monkey. 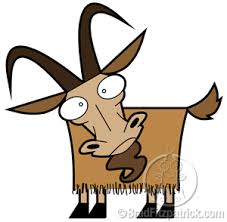 Image source: bradfitzpatrick.com
(I thought it looked cool on google and deserved some fair usage policy)
Moral: If you’re buying animals it may as well be a goat instead of a monkey.
——————————————–

Lesson 3: If you must buy and hold, buy dividend paying stocks in companies that are likely to be around for the long term. Do your own research and don’t just listen to what the papers says or chimps recommend.

Or how about property that pays a rental income and grows in value over the long term!? Do your due diligence and pick up an asset that is below market value and produces a yield. You can collect money every month and let your property portfolio fund itself.

The value of land going bankrupt is virtually zero compared to over valued companies and the poor/emotional business judgement of people working in and trading them.

There is no bull or bear side of a market to gamble on, just the right side – make sure you’re on it and have a good team and access to the information necessary to succeed.

Feeling too chicken to take the first steps? Don’t listen to the naysayers, in a matter of fact, tell them to go take a diving duck! Join a great peer group and get yourself a coach, to help you get over your own barriers and enjoy property investing – because everything you do should be fun. Opportunity is out there waiting for you if you look and ask for it.

One thought on “Guide to trading monkeys, goats, the stock market and property!?”