Rates reduced to 0.5% and Quantitative Easing measures to boost economy to be ‘tried’ by pumping £75 Bn into the economy! The Bank of England ‘hopes’ the banks will pass this money onto the public by lending more to individuals and businesses! 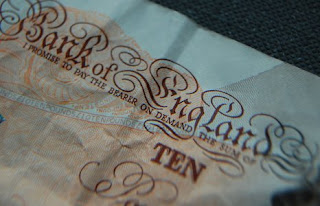 “I promise to pay the bearer on demand the sum of……”

Oops, just realised it’s not just a funny comment but in reality:

On a bank note it states “I promise to pay the bearer on demand the sum of……”. What that means is, the bank has pledged to the holder of that note, that on demand, they will give to the holder, the value stated on the note in gold or coinage. A bank note is merely an IOU.

Do they have any value left to offer and do you hold many worthless IOU’s?

The Bank of England has cut interest rates to 0.5% – a fresh all-time low – and says it will now boost the money supply to help revive the economy.

Interest rates have now been reduced six times since October, and the latest half a percentage point cut from February’s 1% had been expected.

The Bank said it would expand the amount of money in the system by £75bn in an attempt to boost bank lending.

This policy, so far untried in the UK, is called quantitative easing.

Quantitative easing is the process of increasing the amount of money in circulation in an attempt to revive the economy.

While the Bank will initially add £75bn, Chancellor Alistair Darling has given it permission to extend this to up to £150bn.

The idea is that if the amount of money in the system is boosted, commercial banks will find it easier to lend.

Quantitative easing is sometimes incorrectly referred to as printing money, but the Bank will not expand the supply of money by making new banknotes.

Instead, it will buy assets – such as government securities (gilts) and corporate bonds.

Similar measures were implemented in Japan at the beginning of the decade and are considered to have had limited success.

“Today’s decision is a kick in the teeth for savers who will see their already diminished interest payments fall even further” – Adrian Coles, Building Societies Association

The Bank’s statement in full
What is quantitative easing?
What low rates mean for you

Read my last write up in February on Interest Rates, Banks, Property and the Economy – Feb 09 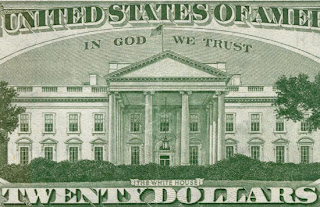 At least the Americans have the right idea! “In God We Trust” – start praying!!!