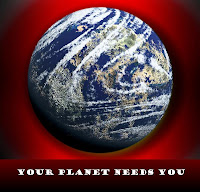 Having mentioned to a friend the other day that I was looking for work – but had decided it’s important to work somewhere with ethics and morals, he asked for some examples of places where these are limited.

So I mentioned the Councils where they do everything they can to run as a ‘business’ whilst pretending to work for the people.  The Civil servants actually act like your bosses and require many forms to be filled in, so they can pass paperwork around like trees are going out of fashion (which they are) and justify other jobs.  Increasing Council Tax and providing no service, whilst outsourcing jobs and hiring people from overseas. Nothing says ‘F*** You’ to the people like a Council that takes money from people that live in it’s Borough, doesn’t provide service and then gives the money and jobs to those from outside.

I quoted people I know who had worked for Banks and earned in the region of up to £500 per day for Project management and IT work (yes Banks have more money than you think and when they need more they just tap up the tax-payers account through their own friendly bank, the Government).  Where working in ‘that environment’ is almost soul destroying.
For Banks to be able to afford to pay people this kind of money whilst they continue questionable business practices, whilst charging interest on money they ‘lend’ but don’t really have (yes it’s true), harass people and force people out of homes by any means necessary.  Just another day at your national bailed out Bank!

Oil companies are pumping more out of the ground, spilling it wherever and are only profit focused not planet focused.  Yes we ALL live on this planet, not just CEO’s and shareholders.
Do you know the majority of money you pay for your fuel at the Petrol stations goes to the Taxman and Government?  What has your Government done for you recently, other than cut-backs and taken more?

Governments are taking part in Illegal Wars, spending tax-payers to bring ‘Democracy’ to countries which were probably doing OK without it.  In the process murdering people, collateral damage is a nice desensitised word for the death of civilians and human beings.  Incidentally many countries have lots of Oil, were debt free and one even wanted to use real money in the form of the Libyan Gold Dinar – so American and European paper currency would have been worthless and the world economy destabilised (even more than what the Bankers did to them).  Yes I know what the pop-News says (BBC, CNN, Fox etc..) but I just wanted to share facts to balance the PR Media spin.

So the general population and people are being raped of their wealth as bills go up and incomes go down!  Whilst the Govt and Banks printing presses devalue the little you may have had in your pocket.

Banks are providing loans to Bomb manufacturers.  And what were once great Engineering companies to work for that the Nation grew on are now involved in Arms Manufacture too.  Just because they make a component doesn’t make it OK.  I gun would be useless if the trigger maker or the bullet producer or barrel manufacturer just said “No, I don’t want anyone to die today just so I can get paid”.

Do you know what my friend said to me…
“If it was a choice between survival and money, I know which I’d choose.”

Has the World gone mad but people refuse to see it – or is it just me?

So what am I ranting about today? CHOICES!

We all make choices everyday and every single choice has an effect on everyone else around us.  Them changing things isn’t going to happen because they’re foolishly waiting for you to change first.  So guess what…

That’s right, when it dawned on me it became very clear.  Regardless of everything that everyone else does – it is still up to ME (you?) to make different choices and better choices that affect everyone else.  Why should anyone else think differently when you don’t?

We all know the difference between right and wrong – but to know and not to do, is not to know at all!

What can you choose do do?

Get educated. Know what policies those companies around you subscribe to, through their actions not their political lip service.

Fill up your car less often and travel less.  Turn off your lights and heating when you don’t need it.
STOP buying crap that you don’t need. It is the job of the PR companies and Advertising Executives to may you buy ‘stuff’ and make you think you need to be ‘dependent’ on it. Wake up!

Shop with local shops that care about your name and not just the number on your clubcard.
If you’re doing business with a company that you know to be involved in crimes abroad or funding murder, with low ethical standards and morals – usually soul-less for profit only corporations (that throw a couple of pence to charity occasionally so you think they’re nice).  Just say no to dealing with them.

It’s fine if you still use these companies at times, just be aware about it and your choices.

Find a company where you can speak to the owner and know there is someone that cares about your business and you.  Where your custom really matters and you’re not just another number.  They do exist. Maybe your friends and family own such companies or work for them. Find out and ask them.  Support them in a country full of corporations trying to sell you less for more.

People have forgotten that it is not a choice between survival and principles but how much you will sell your principles for!  You will always survive.

I believe the choice my friend was referring to wasn’t about ‘survival’ – but between ‘enough money’ and ‘are your principles important to you’.  Look around and see how people are voting with their actions.  Have they let their principles sail down the river and waved goodbye?  Do they look the other way at injustice? Do you?

There are many ethical, moral and conscientious people and companies out there; that you can work for and do business with – why would YOU choose one that wasn’t?

Why expect anyone else to change when you won’t.

Now that you’re aware are you going to act differently? I do and hence why I’m sharing this with you as I care about a lot more than just myself and the ‘principles for money’ sale that is now on.

What do you still stand for?