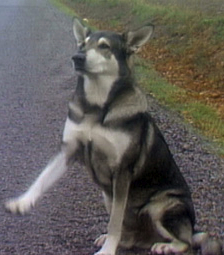 What a weekend! With lots of ups & downs, happiness & sadness, laughs & tears and everything else in between.  It was the end of Simon Zutshi’s Mastermind 10 on Saturday – and the journey people had come along in the last year was amazing. Whether it was financial or personal breakthroughs, everyone had changed for the better.

My ‘unexpected’ year in Birmingham had also come to an end, although that’s where I had to be for then, it’s not where I need to be next.  I’d known for a while and the timing just seemed right, now; to move on again.

From the pin Team who were now family to the Masterminders who were good friends, they will ALL be missed.  As in the Simpsons, dysfunctional or not, they’re still the family and the friends that you love!

It’s like when everyone leaves school, not knowing if they will see each other again – and nobody wants to go home that night, in case tomorrow everything is different (which it always will be).

Although everything finally has to come to an end, to create space for something new to be created…

Do you ever recall emptying your desk at work and remembering the good times? Or when you left home and turned the lights off and closed the door for the last time? You see the space you lived and breathed in for so long – and as you move those in-animate objects and things into boxes again, they bring back a flood of happy memories.  The meanings we give these items that link us to emotions that we had in the past and may have forgotten about momentarily. This is what we live for, the good times and the memories.  “People will forget what you said. People will forget what you did. But people will never forget how you made them feel.” {Maya Angelou}

I didn’t get a chance to say goodbye to everyone, which was partly intentional, as I don’t like goodbyes. It almost always ends up with crying and hugging (and it’s usually me).  Only for us to meet again in a few weeks anyway.  I’m never really gone, just moved elsewhere to my next calling.
What people really miss is the best about themselves that they see in the other person, which is what they already have inside them, they’ve just forgotten temporarily – and it’s the same for me.  Just remember that you can always remember the good times, tell stories and just smile to yourself knowingly.

The weekend was wonderfully rounded off by Richard Wilkins who is not your average speaker. What I mean by ‘not average’ is that he is real and authentic.  He reminded people that it’s OK for men to be sensitive, to be real and be themselves.  Reminding us that “To not be dead is your biggest Goal” – Richard Wilkins www.theministryofinspiration.com

It was worth waiting all year for him to finally appear and remind me, who I am – and that there is a long way to go from where I was and that actually “I’m there” (where I want to be) right now!

We stayed late on Saturday night for a meal, laughed and joked and shared stories.  Stories of who we really are. Telling the truth, being ourselves and knowing that no judgement is passed for the human-ness that we share.  The honesty, integrity and vulnerability I hope I’ve brought to every conversation and everyone I have met over the last year.  You all Freakin’ Rock!

Can you remember one small thing for me? And I’ll only tell you if you promise to always remember… Agreed!? Great, here goes…

Myself (and everyone else that you’ve ever known) – they’ve not really gone anywhere.  They are all here/there, thinking of you all the time and smiling with the happy memories. And if you really miss them, they are just waiting for you to call, email, facebook or send them a happy thought.

Now that you ‘know’ and have promised to remember forever, there’s no reason to feel like they’re missing – because they’re not. It was just you temporarily ‘missing’ and now that you know this secret, you won’t fall for that misleading thought again.

It was then a rainy Sunday and I knew it was time to grab the few things I had and hit the road again.
My friend London (aka The Littlest Hobo) explains it best when I can’t find the words.  *woof*

Till we meet again.  Maybe tomorrow…

Every stop I make, I’ll make a new friend
Can’t stay for long, just turn around and I’m gone again.

Down this road, that never seems to end,
Where new adventure, lies just around the bend.

Maybe tomorrow, I’ll want to settle down,
Until tomorrow, the whole world is my home.

There’s a world, that’s waiting to unfold,
A brand new tale, no one has ever told,

We’ve journey’d far but, you know it won’t be long,
We’re almost there and we’ve paid our fare, with the hobo song.

Maybe tomorrow, I’ll find what I call home
Until tomorrow, you know I’m free to roam.