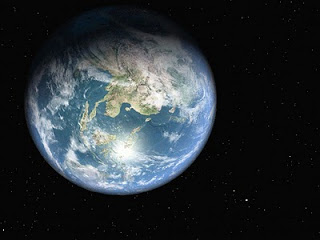 “We must do away with the absolutely specious notion that everybody has to earn a living. It is a fact today that one in ten thousand of us can make a technological breakthrough capable of supporting all the rest. The youth of today are absolutely right in recognizing this nonsense of earning a living. We keep inventing jobs because of this false idea that everybody has to be employed at some kind of drudgery because, according to Malthusian-Darwinian theory, he must justify his right to exist. So we have inspectors of inspectors and people making instruments for inspectors to inspect inspectors. The true business of people should be to go back to school and think about whatever it was they were thinking about before somebody came along and told them they had to earn a living ” – Buckminster Fuller

What is the “cosmic accounting system?” from Fuller’s Economics.

Energy is the real value of wealth, not money. The idea is how to share it fairly to make sure everyone has a share of the wealth, so people don’t have to work for a living or starve to death. Yes it’s true… read more below and check out the Youtube video too. 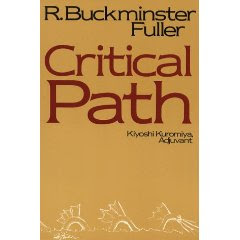 “…We have pointed out that the geologist Francois de Chardenedes wrote for me a scenario of the technology of nature’s producing petroleum which disclosed that the amount of energy employed by nature as heat and pressure for the amount of time required to produce each gallon of petroleum, if paid for at the rate at which the public utilities now charge retail customers for electricity, must cost over a million dollars a gallon. Combine that information with the discovery that approximately 60 percent of the employed in U.S. America are working at tasks that are not producing any life support. Jobs of inspectors-of-inspectors; jobs with insurance companies that induce people to bet that their house is going to be destroyed by fire while the insurance company bets that it isn’t. All these are negative preoccupations…jobs with the underwriting of insurance underwriters by other insurance underwriters — people checking up on one another in all the different departments of the Treasury, the Internal Revenue, FBI, CIA, and in counterespionage. About 60 percent of all human activity in America is not producing any physical life protection, life support, or development accommodation, which physical life support alone constitutes real wealth.

“The majority of Americans reach their jobs by automobile, probably averaging four gallons a day — thereby, each is spending four million real cosmic-physical-Universe dollars a day without producing any physical Universe life-support wealth accredited in the energy-time — metabolic — accounting system eternally governing regenerative Universe. Humans are designed to learn how to survive only through trial-and-error-won knowledge. Long-known errors are, however, no longer cosmically tolerated. The 350 trillion cosmic dollars a day wasted by the 60 percent of no-wealth-producing human job-holders in the U.S.A., together with the $19 quadrillion a day wasted by the no-wealth-producing human job-holders in all other automobiles-to-work countries, also can no longer be cosmically tolerated.

“Today we have computers that enable us to answer some very big questions if all the relevant data is fed into the computer and all the questions are properly asked. As for instance, “Which would cost society the least: to carry on as at present, trying politically to create more no-wealth-producing jobs, or paying everybody handsome fellowships to stay at home and save all those million-dollar-each gallons of petroleum?” Stated evermore succinctly, the big question will be: “Which costs more — paying all present job-holders a billionaire’s lifelong $400,000-a-day fellowship to stay at home, or having them each spend $4 million a day to commute to work?” Every computer will declare it to be much less expensive to pay people not to go to work. The same computers will also quickly reveal that there is no way in which each and every human could each day spend $400,000 staying at the most expensive hotels and doing equally expensive things; they could rarely spend 4000 of the 1980-deflated dollars a day, which is only 1 percent of a billionaire’s daily income.”