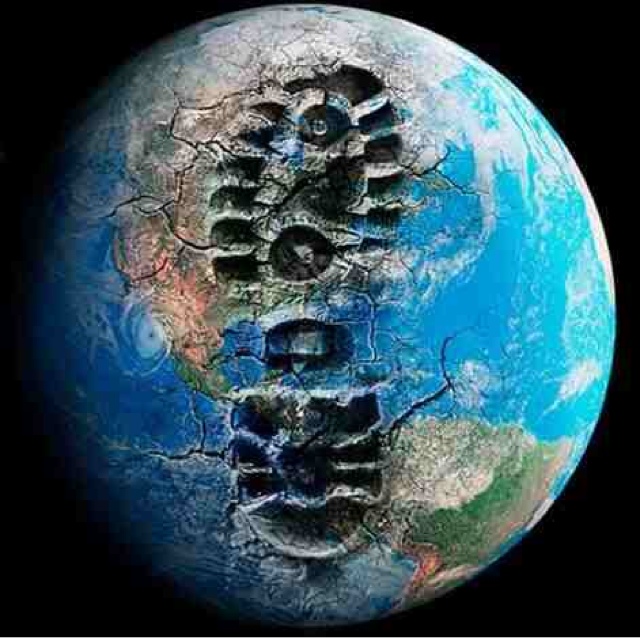 MIT Researchers have been doing some study that should be considered by everyone.

It asks, will the over consumption of humanity eventually lead to famine?

You can probably guess the common sense answer to that!

The US and UN are busy doing their best to reduce the world population by invading, killing those that don’t ‘deserve’ to live because of their differing beliefs – but is more war the answer…

On a more personal note where YOU can make a difference:
Is it really necessary for you to have the things that marketing makes you think that you must have?

Upgrade your upgrade or use products longer…?
Consume more or just enough to meet your needs…?
Save more or use/spend more…?
Have your own or share with others…?

You have a conscious choice everyday not to participate in the political games, led by governments and media.

There is enough for everyone as long as people learn to play together.

Below is an excerpt from an article written by Mac Slavo at www.shtfplan.com

“Other resource issues that have come to light in recent years include the availability of fresh water, as well as the productive capacity of our current agricultural system. Since all of our natural resources are interdependent, a break down in one, like for example the globe’s oil production system, would make it impossible for farmers to grow food, or for trucks to transport it. The same holds true for fresh water, which is essential not only to human life, but for oil exploration, refining operations, food production and a host of other industries essential to human civilization.
By all accounts, we have developed a system of consumption that truly is unsustainable in the long-term.

An additional consideration which the MIT research study may have touched on but does not look to as a direct potential cause for global calamity is the breakdown of society as a result of unsustainable political, financial, and monetary machinations.

There is a strong case to be made that the issuance of trillions of dollars in debt over the course of the last several decades, much like oil, will become impossible to sustain. Since the entire system of consumption is essentially based on this debt, if confidence in this system is lost, it may very well have the same initial effect as a peak oil breaking point. Debt, even when fabricated out of thin air, is essentially a promise tied to some sort of resource. It is based on the idea that something will eventually be created by someone in order to make good on the debt. By all accounts, we the people are the collateral for all of this debt floating our in the system. But, it has gotten to the point that the debt – somewhere in the range of $200 trillion in the United States alone – far outweighs our ability to harness enough time and energy to repay the principal with interest.
Thus, this ‘peak debt’ created to save us from the unsustainable resource practices we face should be just as big of a concern as peak oil or water. Because when we finally reach the limit of our debt, and it becomes clear that the collateral backing that debt is unable to produce enough yield to pay it back, we’ll have a whole new meaning for the term ‘collateral damage.’
With seven billion people on the planet, the system as it is currently managed can’t possibility continue to support the daily needs of the world’s population indefinitely. The solutions that have been presented over the course of the last half century fall far short of providing any meaningful results, despite the treasure spent and liberty stripped.
Slowly but surely we are approaching Peak Civilization, and when that bubble pops we’ll see the ‘crash’ manifest in the form of famine, disease and global conflict.” 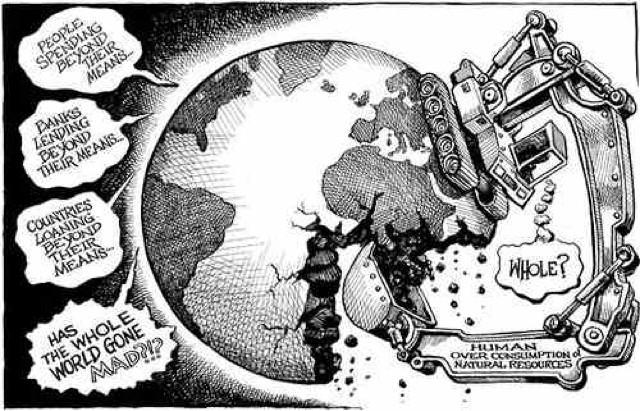